“Dogs have a way of finding the people who need them, Filling an emptiness we don’t even know we have.”  ~ Thom Jones

The day we announced our Ginger Sessions, photo sessions for terminally ill pets, I got an email from Christine DeAngelis.  Her sweet pup, Bloom, had been diagnosed with a terminal illness and would soon pass.   With a heavy heart, Kristen and I met Bloom and her family just a couple of days later.   As we walked up to the family, Christine’s little girl, Kaya, came up to us with teary eyes and told us, “I told Bloom that she’s too beautiful to go bye-bye…”.  At that moment, I wasn’t quite sure I could pull myself together enough to do the shoot, but then I thought of this young girl in 40 years, showing her own kids photos of her first dog, Bloom.   And then I imagined her telling stories of Bloom and her growing up together, and those stories that unravel from looking at photos are what keep memories alive. 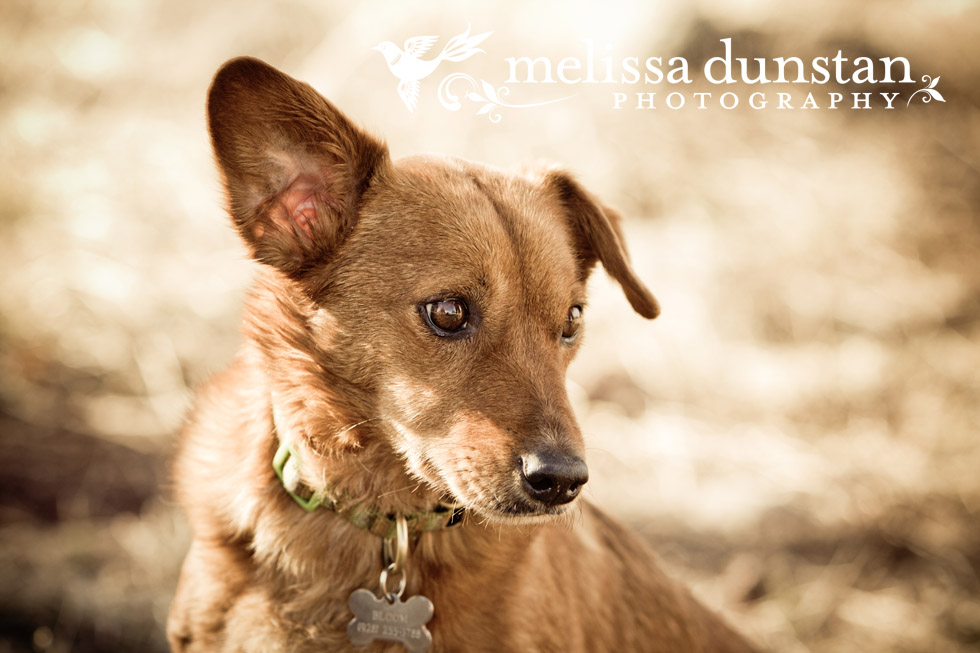 I asked Christine if she would like to share more about Bloom’s story, so her sweet words are below:
“Our family had just moved to the White Mountains, Arizona from Phoenix in 2005. We purchased a house on 5 acres of land which was located on the outskirts of Show Low. The kids did not have any friends yet, and we lived on land that was known as coyote territory. We decided to head down to the local White Mountain Animal Shelter to adopt a large dog to help the kids adjust to our new surroundings, and give me peace of mind when John was out of town on travel nursing jobs.

The whole family headed down to the animal shelter, and we were excited to pick out our family pet. I told the kids we were only picking out one large dog for our family. While we were walking a few dogs around the yard, and trying to decide which one to choose. The kids were taking turns looking at the puppies in their kennels. The kids saw a cute little Dachshund mix Jack Russell Terrier that was only 6 weeks only. They all wanted to hold her. I didn’t see the harm in that. She was so small, cute, and smelled like a baby.

We had decided on a black Labrador mix and then it was time to leave. Our boys Sage and Remy said good bye to the little puppy their were playing with, but Kaya our 3 year old daughter wouldn’t let go of her. We tried to pry the puppy out of her arms but she was holding the puppy so tightly I thought she was going to choke it. Kaya cried, and kept saying “Please mommy, please daddy!   Then the boys joined her and began begging us to take her home as well. That was it, John and I caved and that is how Bloom became a member of our family.
We have had Bloom for 6 years.  Sage our oldest son named her after a cartoon character. Bloom loves to explore, run and chase rabbits. She would bring home baby rabbits in her mouth, and mother them. She was a born mother at heart. She is a patient dog too that did not mind when Kaya dressed her up in her clothes or paint her nails with polish. Bloom just loves being with her family, and follows the kids around on they daily adventures. Bloom has brought so much joy into our family life, and I can’t imagine having a better and more loving family pet. 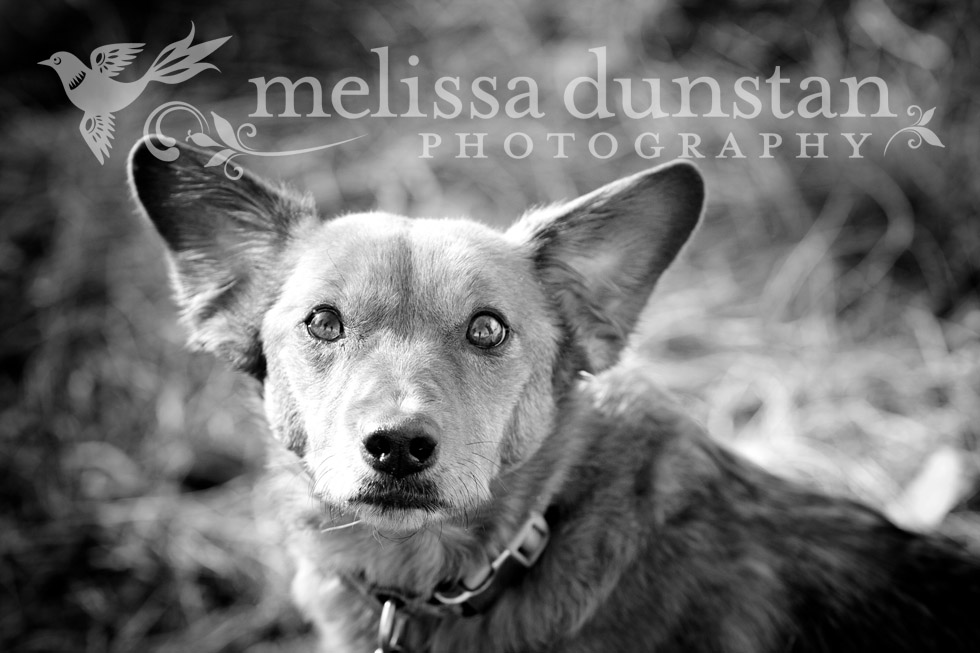 Bloom was recently diagnosed with lung and liver cancer a few weeks ago. Telling the kids was one of hardest conversations we had to have with them. There were lots of tears, and sadness in our house. Everyone’s heart feels heavy. We love Bloom so much, and it’s hard to let her go. We decided to have a birthday party to celebrate all the years we did not have one for her. My mother cook a whole steak especially for her birthday party, and the whole family celebrated with cake. In addition we want to have the kids pictures taken with Bloom to honor her memory in our home.  I am so thankful to Melissa and Kristen for offering Ginger Sessions. This made the kids feel at peace because they knew they would have beautiful photographs of them with Bloom to cherish for years to come. As a mother, it’s hard to see your children in pain, and I am so grateful to be able to give this gift to my kids.” ~ Christine

I was so happy that the DeAngelis family called us for this session and that we were able to get these beautiful photos of Bloom and her family.  And Kaya, you are correct, Bloom is much too beautiful to go bye-bye.  But sometimes, the heavens need the brightest star to light up the skies.   I try and remember that when I look up at the stars at night, all those stars are there watching over us.
Much love to you and your family, ~ Melissa
For more photos check out Facebook!