“Life is either a daring adventure or nothing at all.” – Helen Keller.

Savanna and Cullen wanted something different than the traditional wedding to start their life together, and with an elopement to the Grand Canyon National Park, they got that and more.  Lipan Point is a gorgeous place to visit, and having a wedding ceremony on the edges of the canyon is something you’ll never forget.

Congratulations to you both and thank you for having me at your wedding! 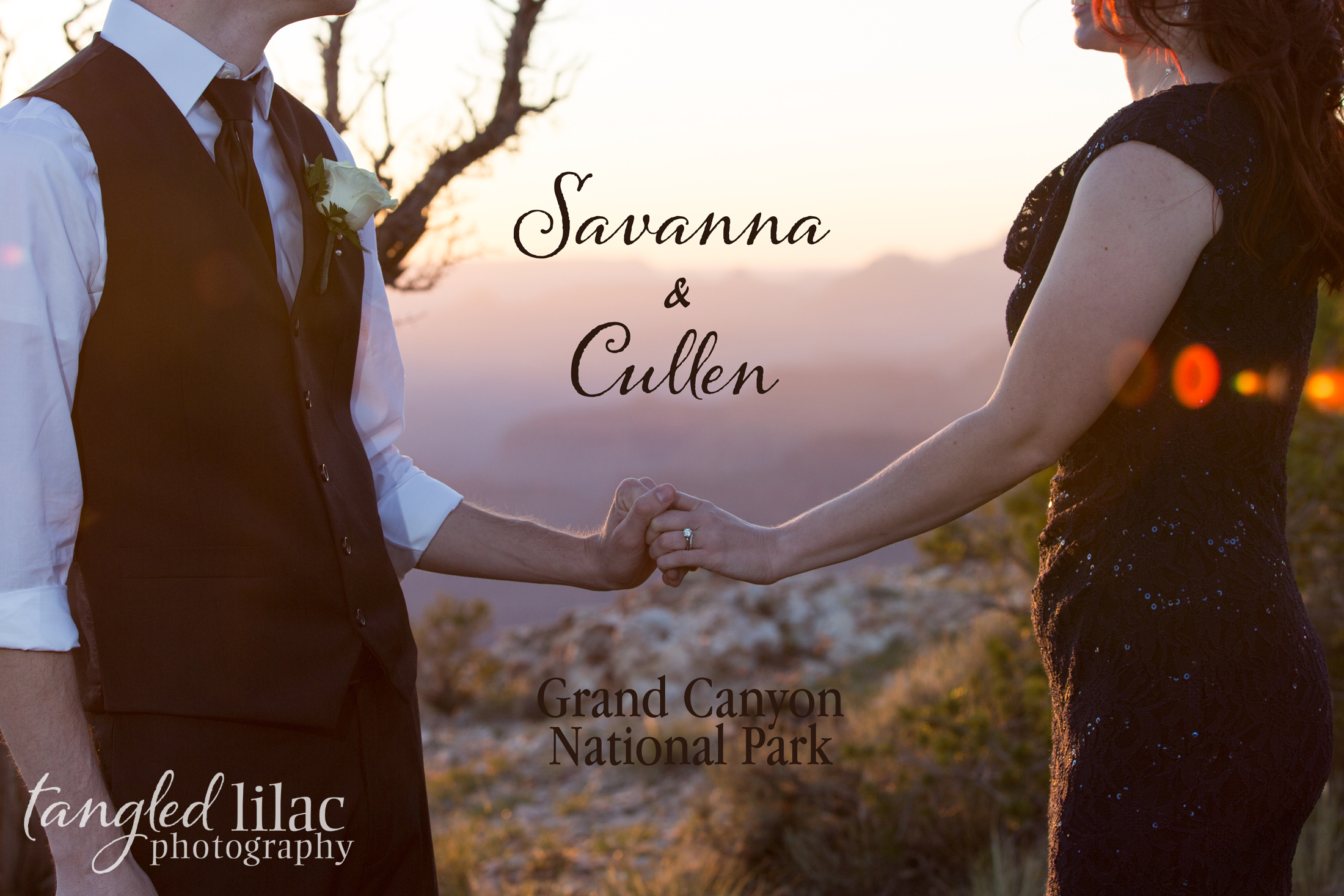 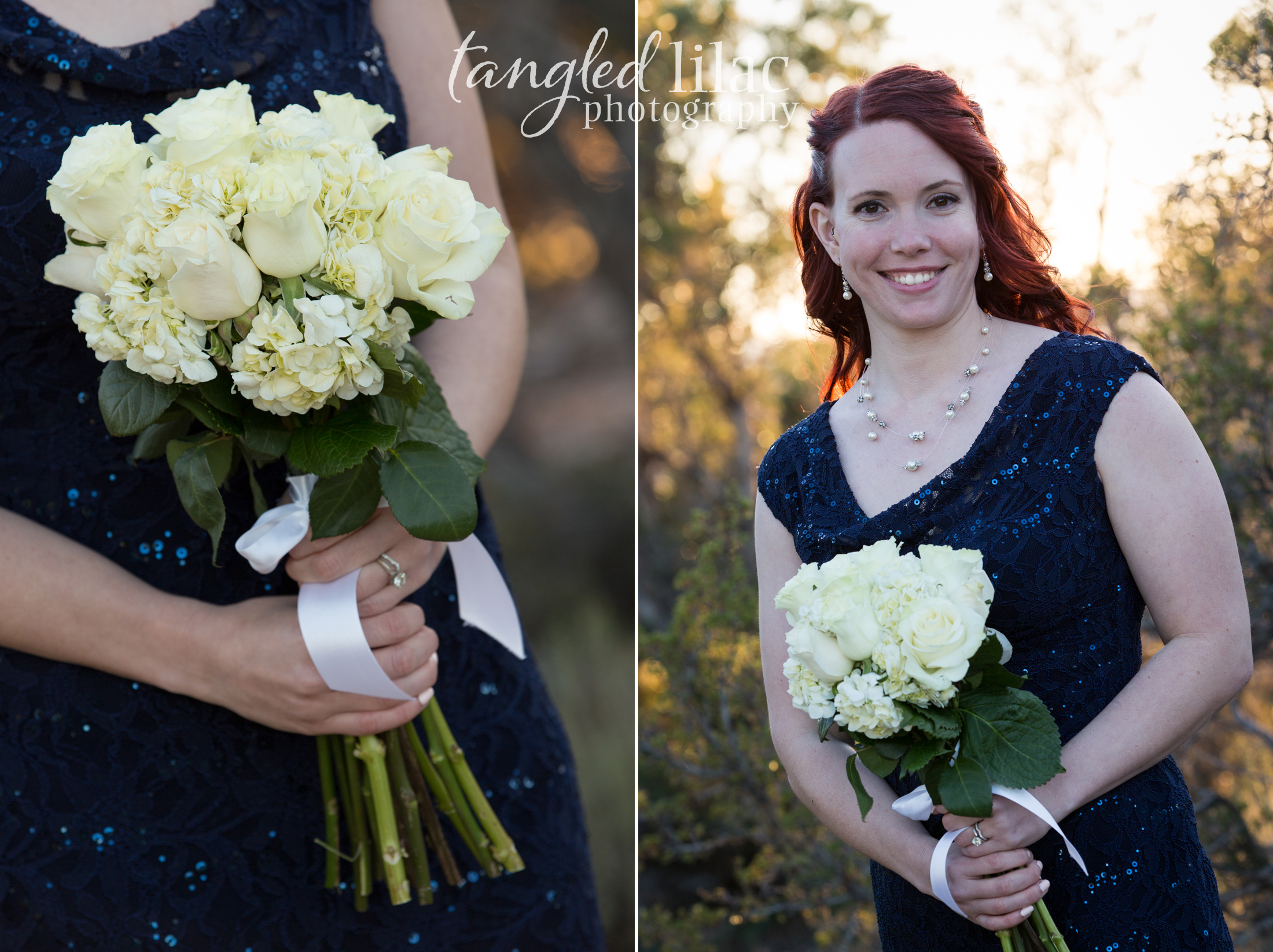 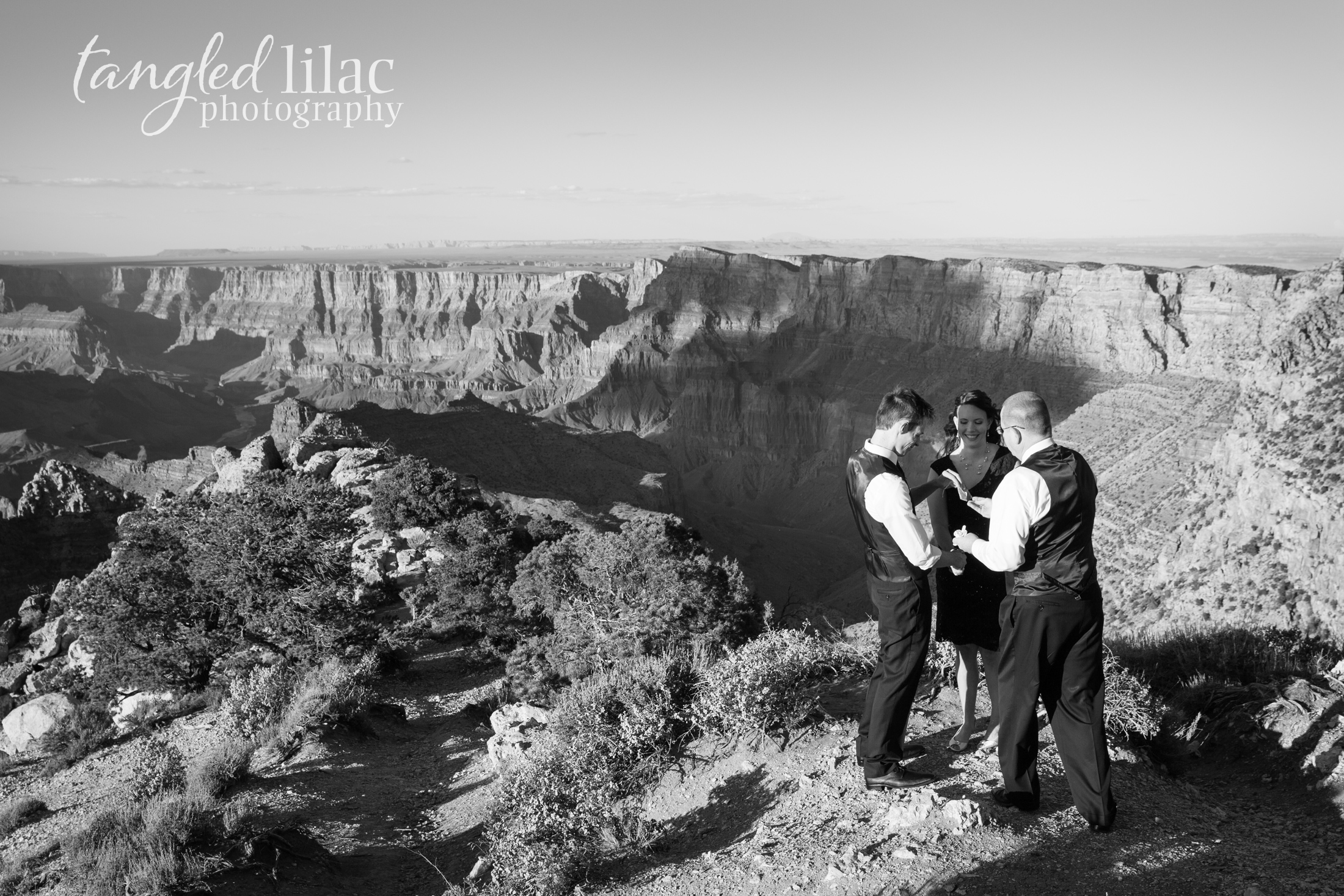 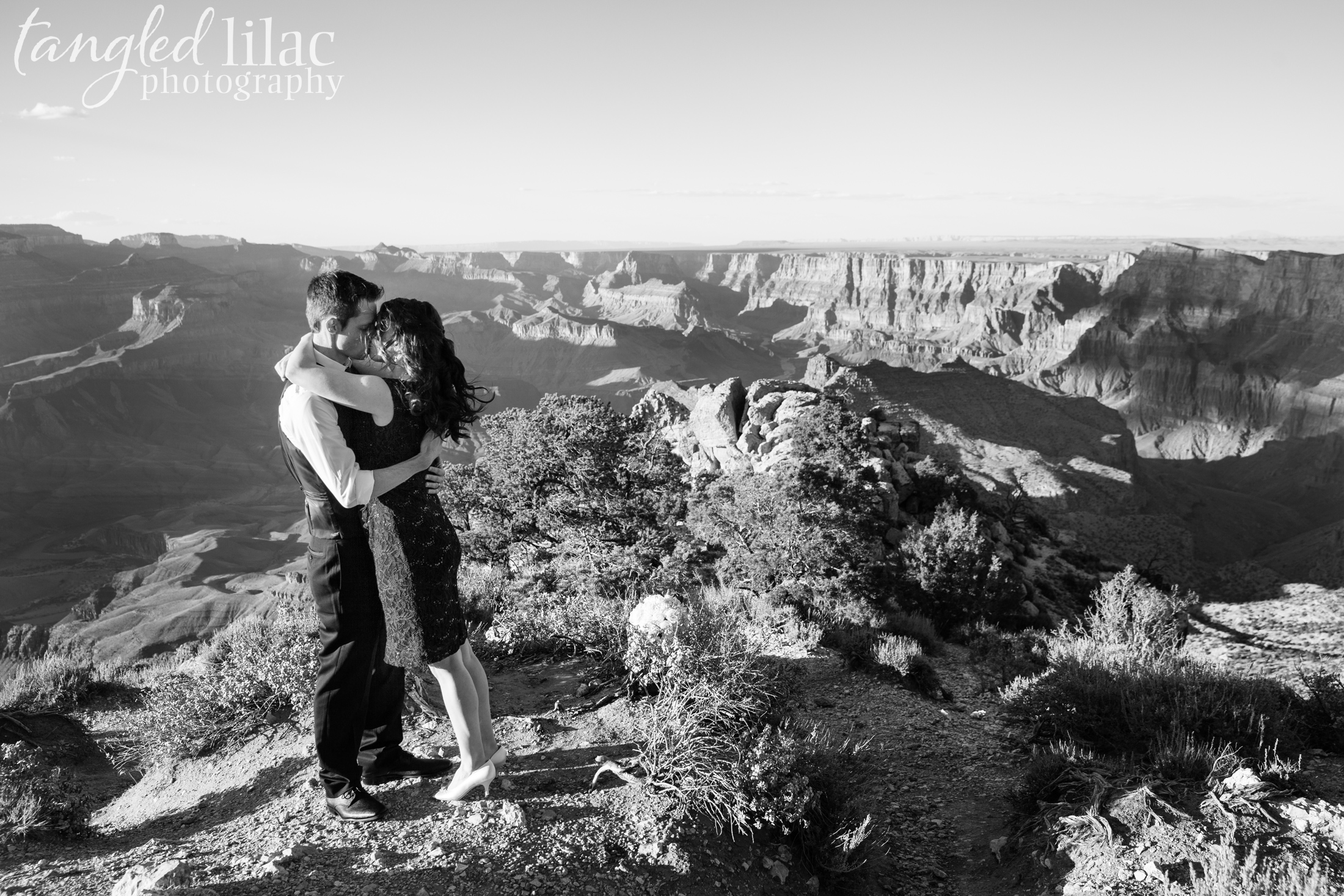 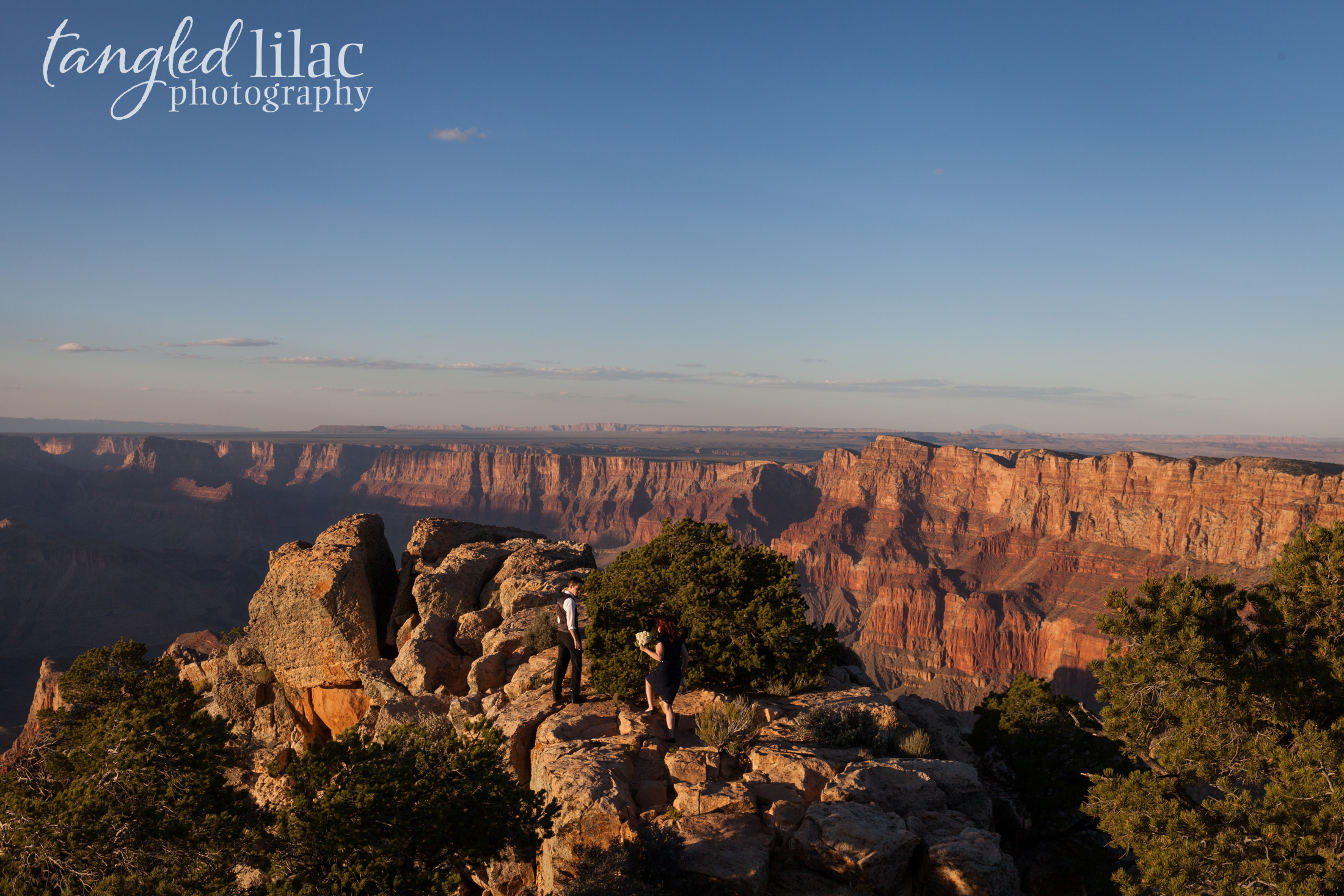 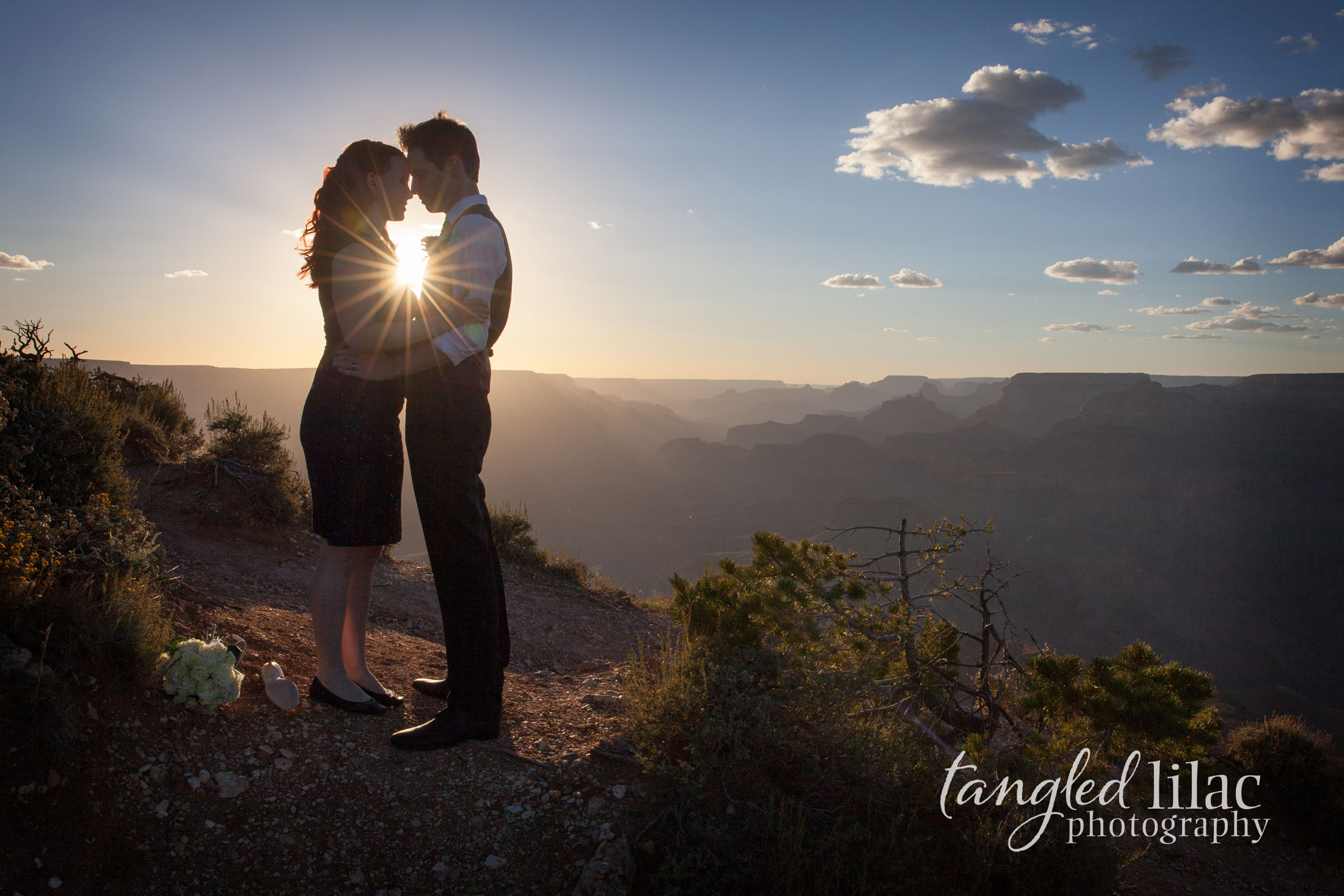 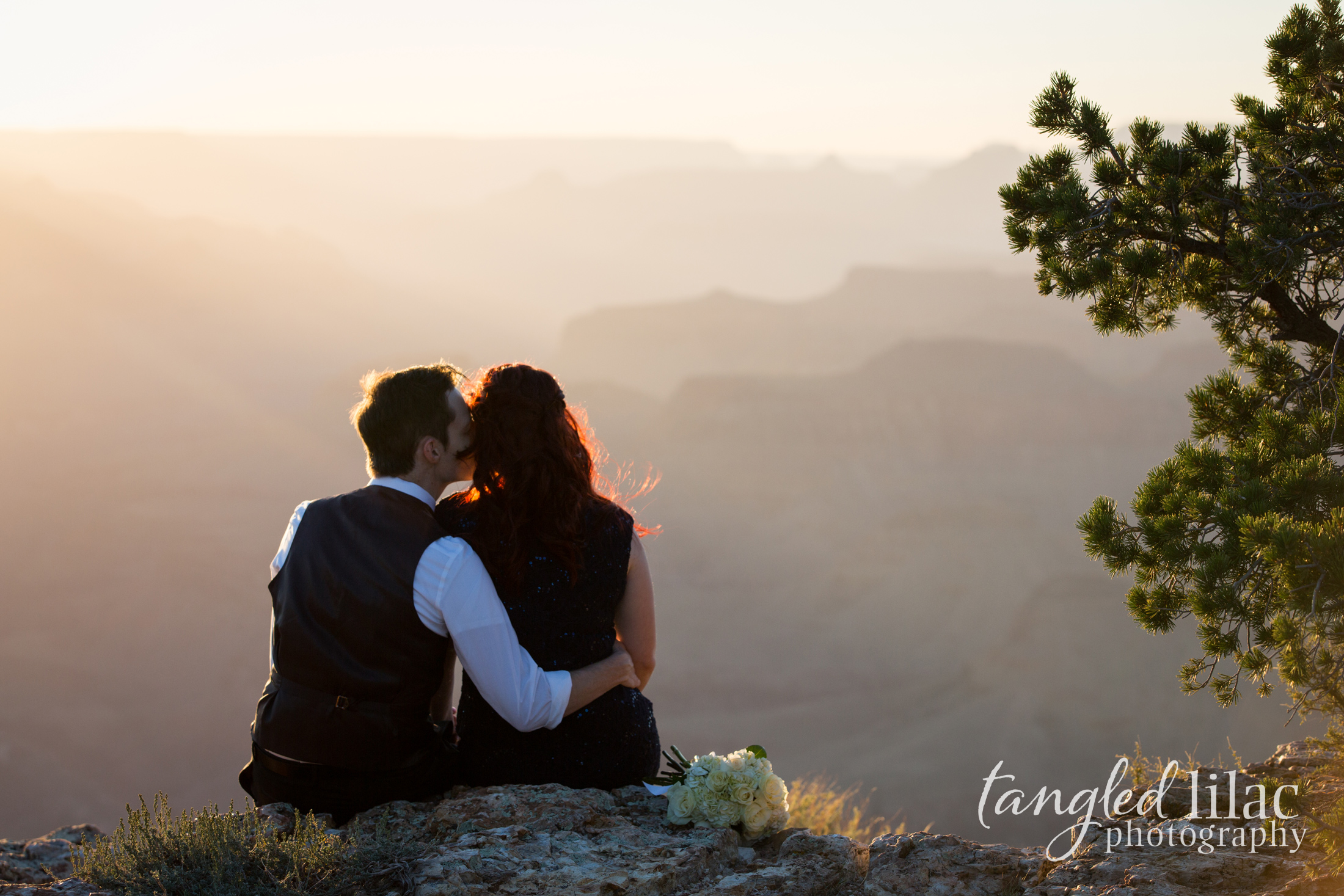 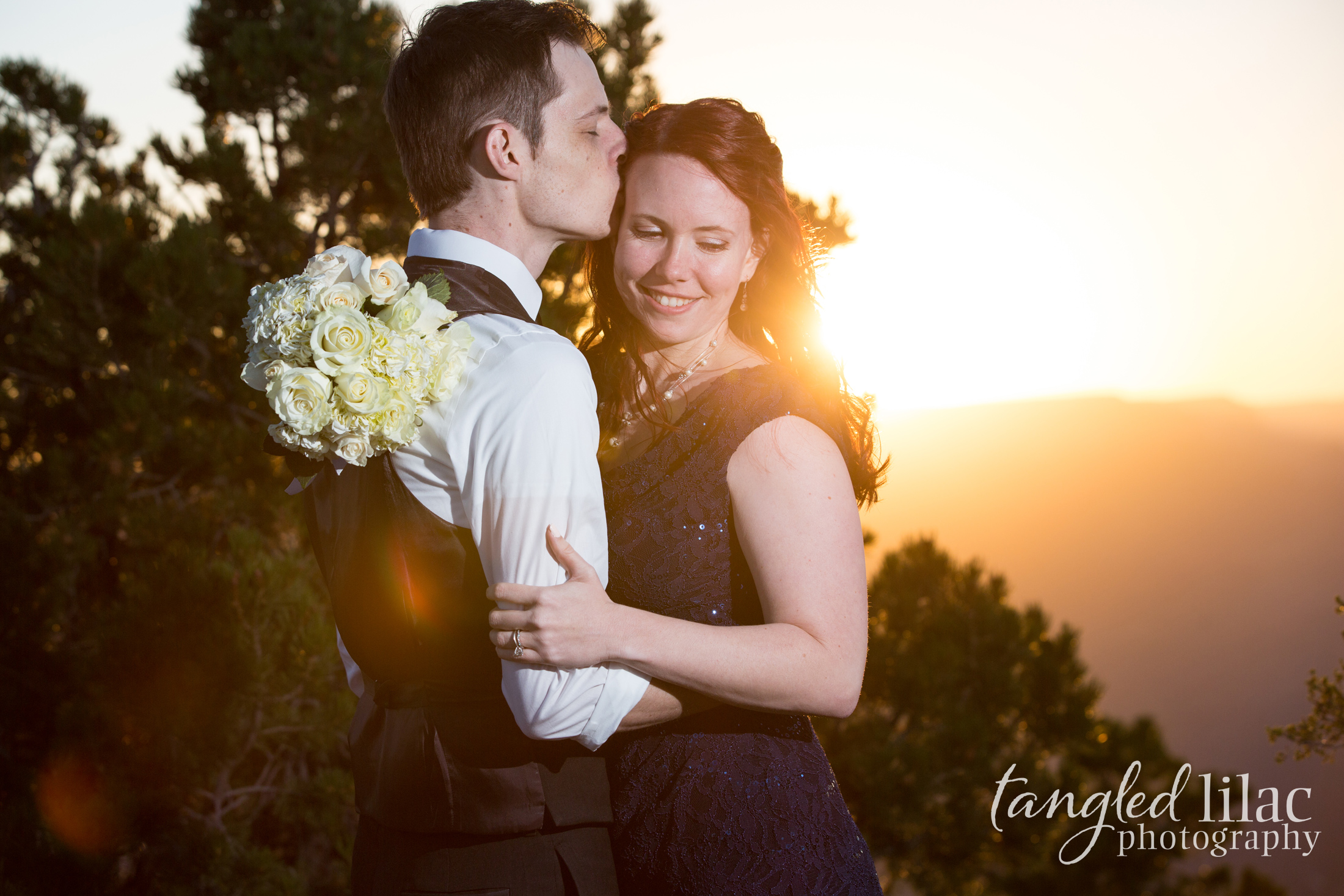 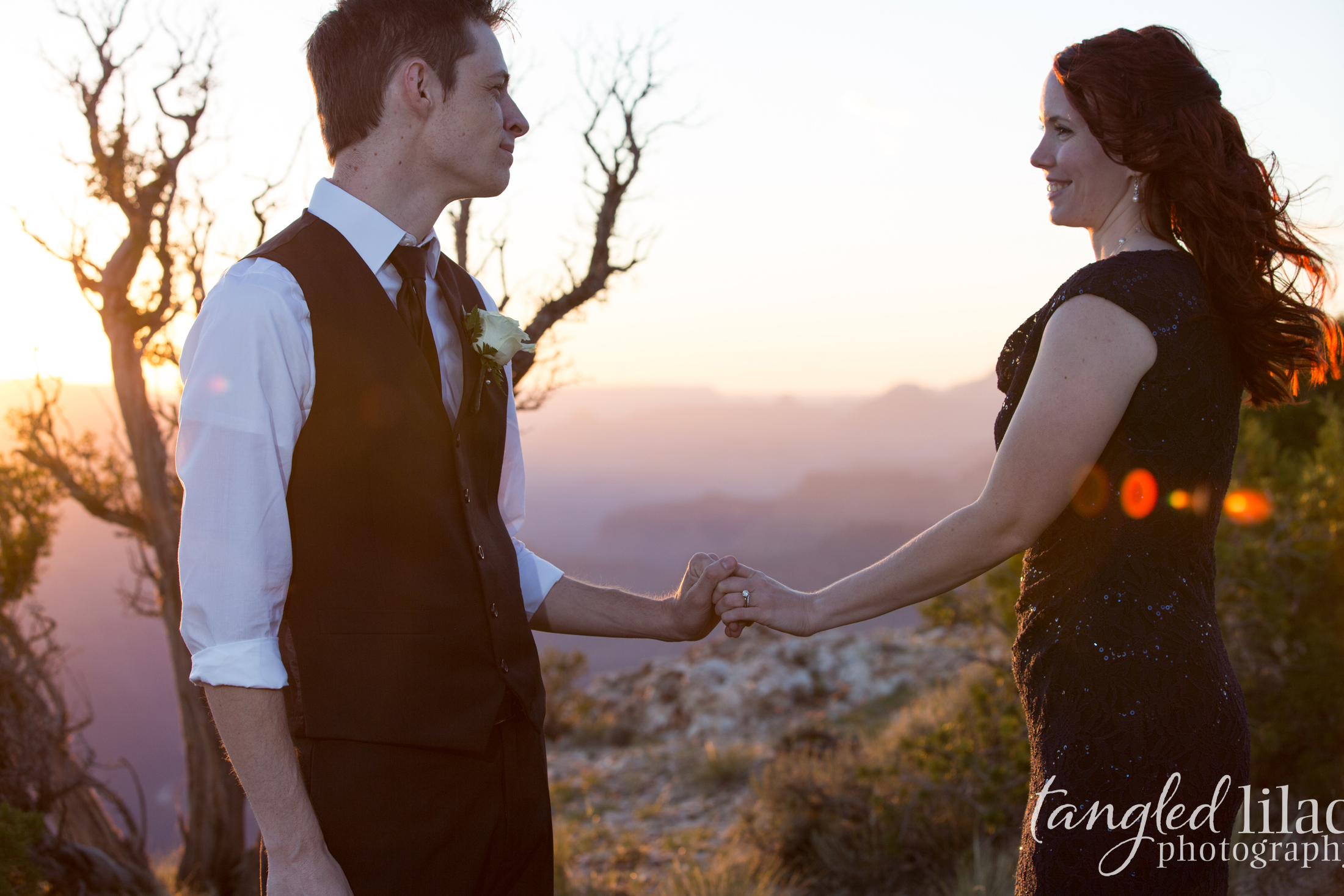 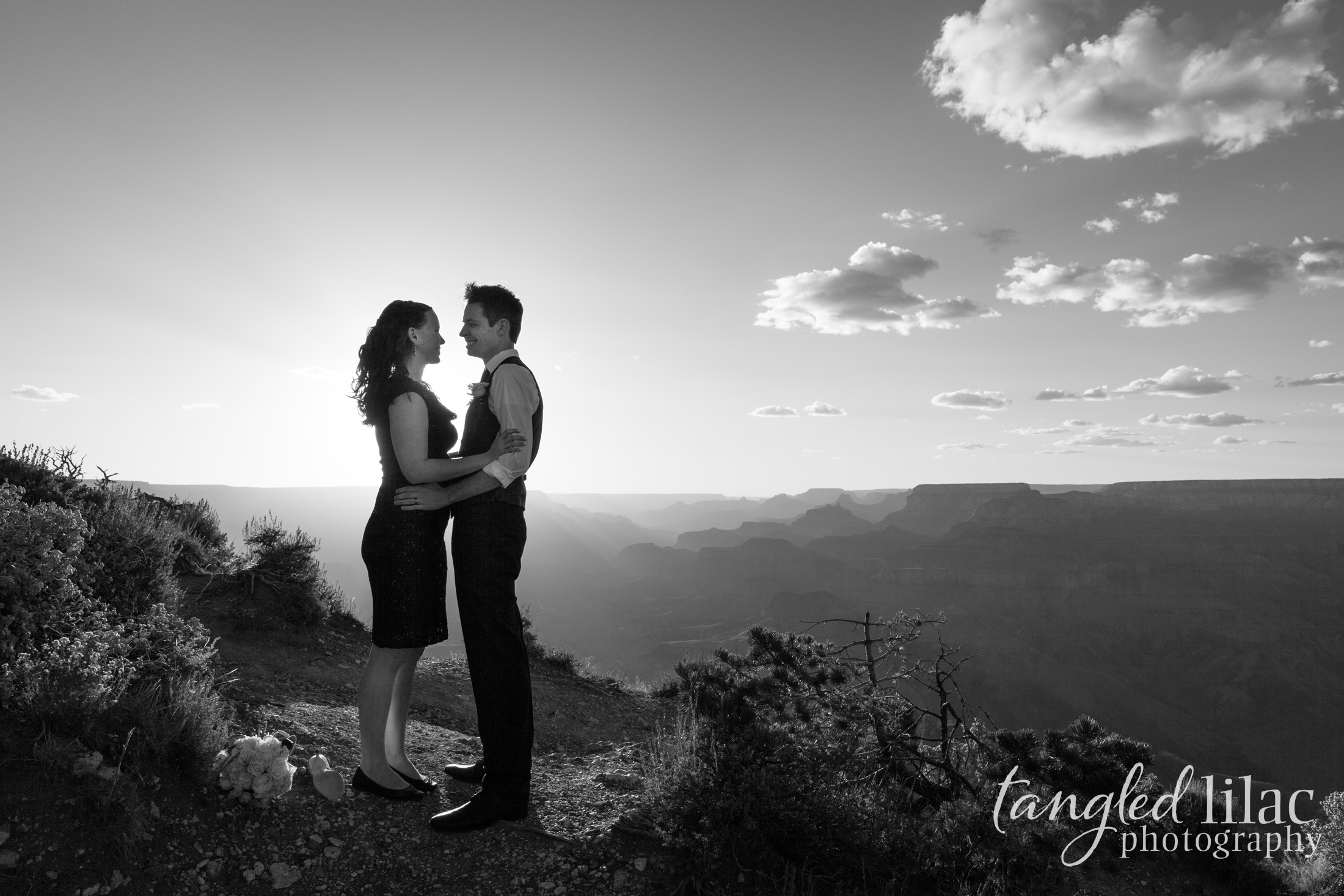 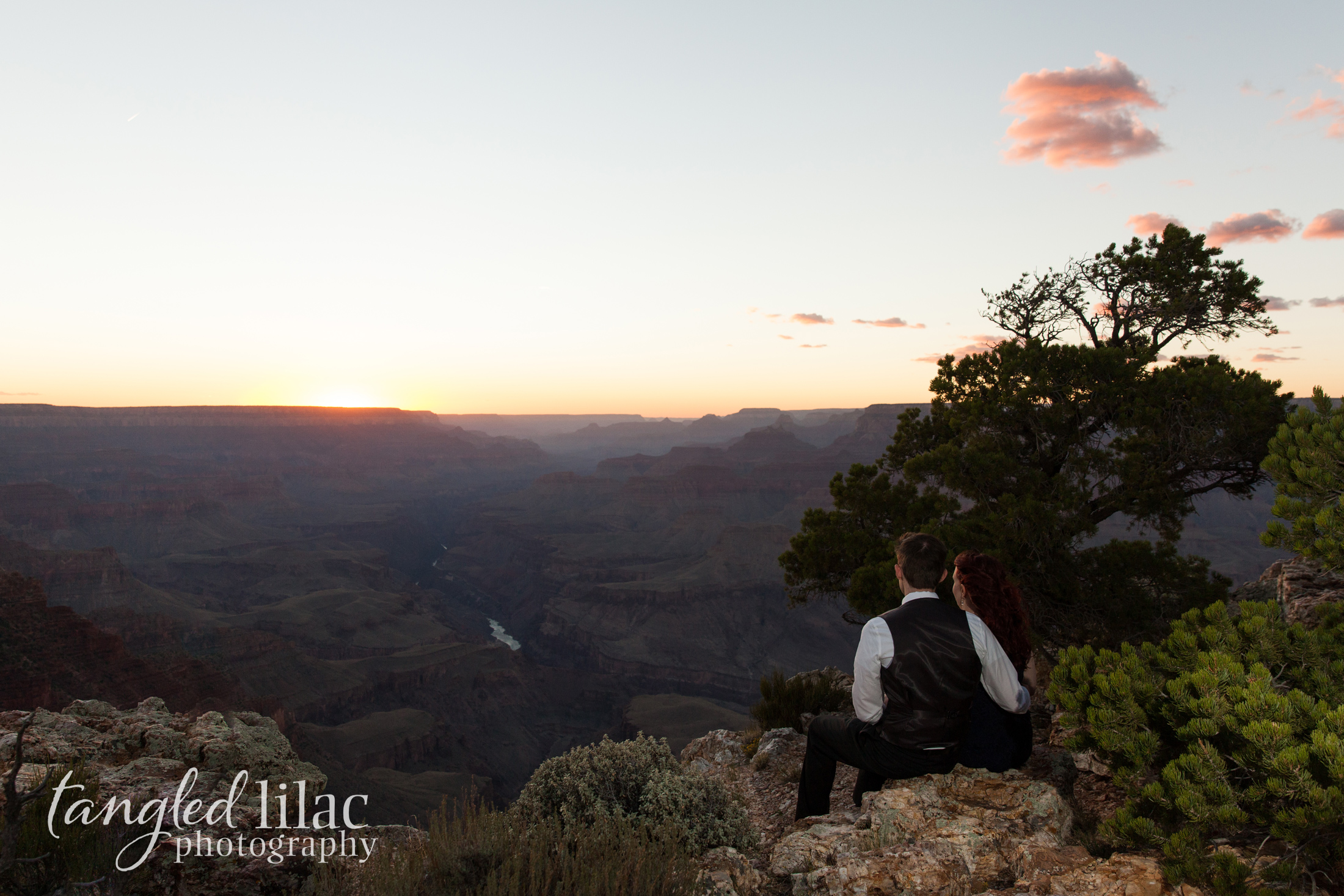 Lipan Point lies half a mile north of the main scenic drive, reached by a spur road that climbs 80 feet to the parking area, on top of a small summit that would have a 360° view were it not for the pine woodland on the east side. The starting point for the 8 mile Tanner Trail is located a short distance back from the parking area. The point looks down over  Seventyfive Mile Creek and its tributaries, which run beneath a thin ridge connected to Escalante Butte, and join the Colorado between two of the over 100 sets of rapids on the river – Nevills and Hance (which are just visible to the west). Just downstream of Hance Rapids is the start of the inner canyon gorge, where the Colorado first cuts in to the prehistoric Vishnu Schist.

South of Seventyfive Mile Creek is a good view of the mostly vertical, 2,000 foot cliffs below Pinal Point, the next named promontory along the rim. Moving round to the east, beyond Escalante Butte is the Unkar Delta at the end of Unkar Creek, a region of banded sandstone eroded into rounded hills, quite different to the usual angular rocks of the Grand Canyon. The Colorado here encounters another series of rapids but also flows around several wide, sandy bends that would make good camping locations for groups rafting down the river, except that the whole area is closed to protect many well preserved Anasazi ruins that are found on the slopes around the creek.