“There is no psychiatrist in the world like a puppy licking your face.” – Ben Williams

Holy FRENCHIES!  My studio became Disneyland for me when Lisa Ethridge, DVM came in with her French Bulldog puppies, and their dad, for a studio photoshoot.  To quote my favorite movie Spinal Tap, my happiness level went up to ’11’.  I swear you probably heard me laughing and giggling all the way in California.  These sweet angels are from Dr. Lisa’s French Bulldog family.  She breeds Frenchies and each year we’ve been talking about doing these photos for her and gosh, I’m so ecstatic that we finally got them in for a shoot!  It was fun putting together these custom backdrops (standard with any baby, toddler or pet studio session).  Thank you Dr. Lisa for bringing in these little pieces of heaven! 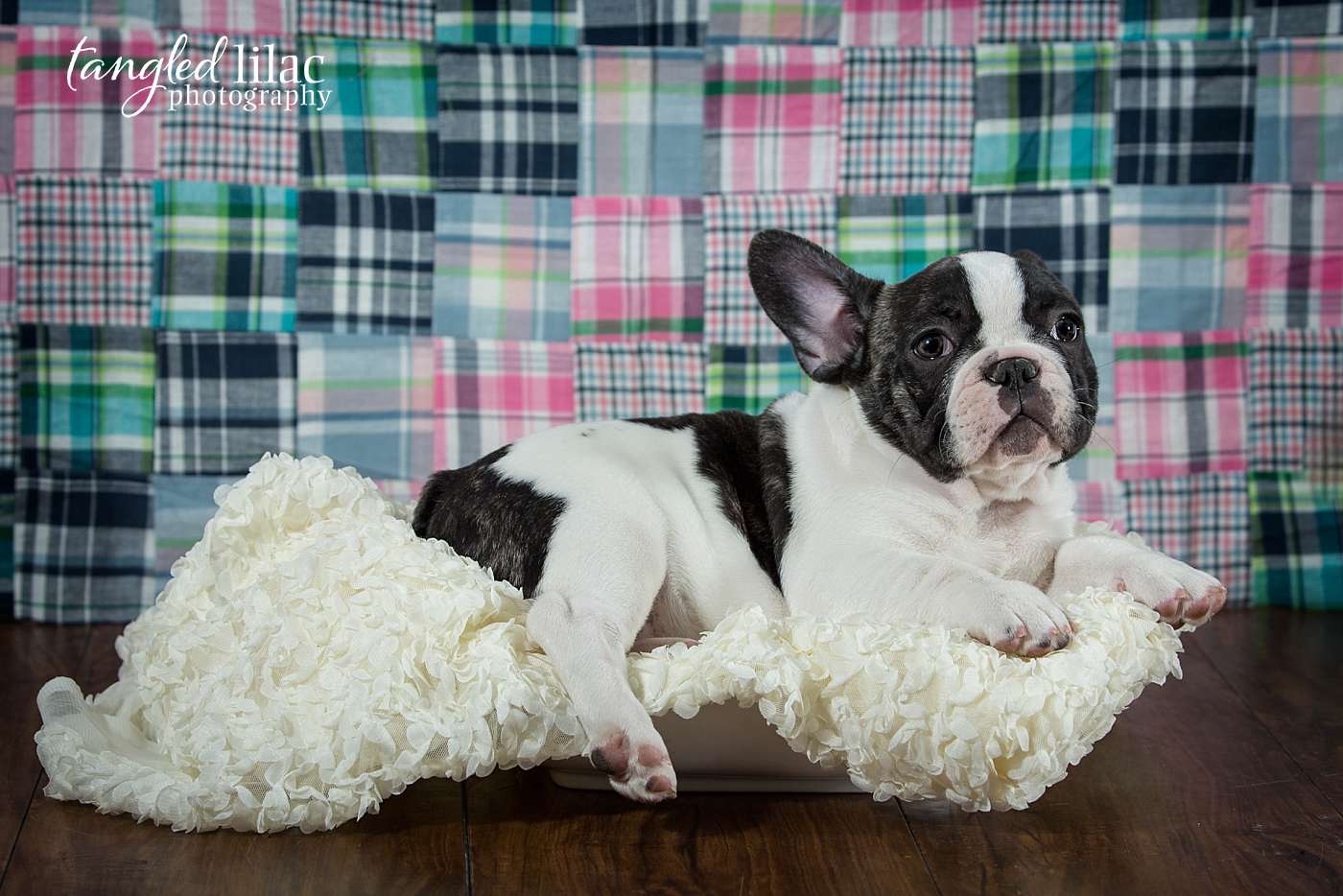 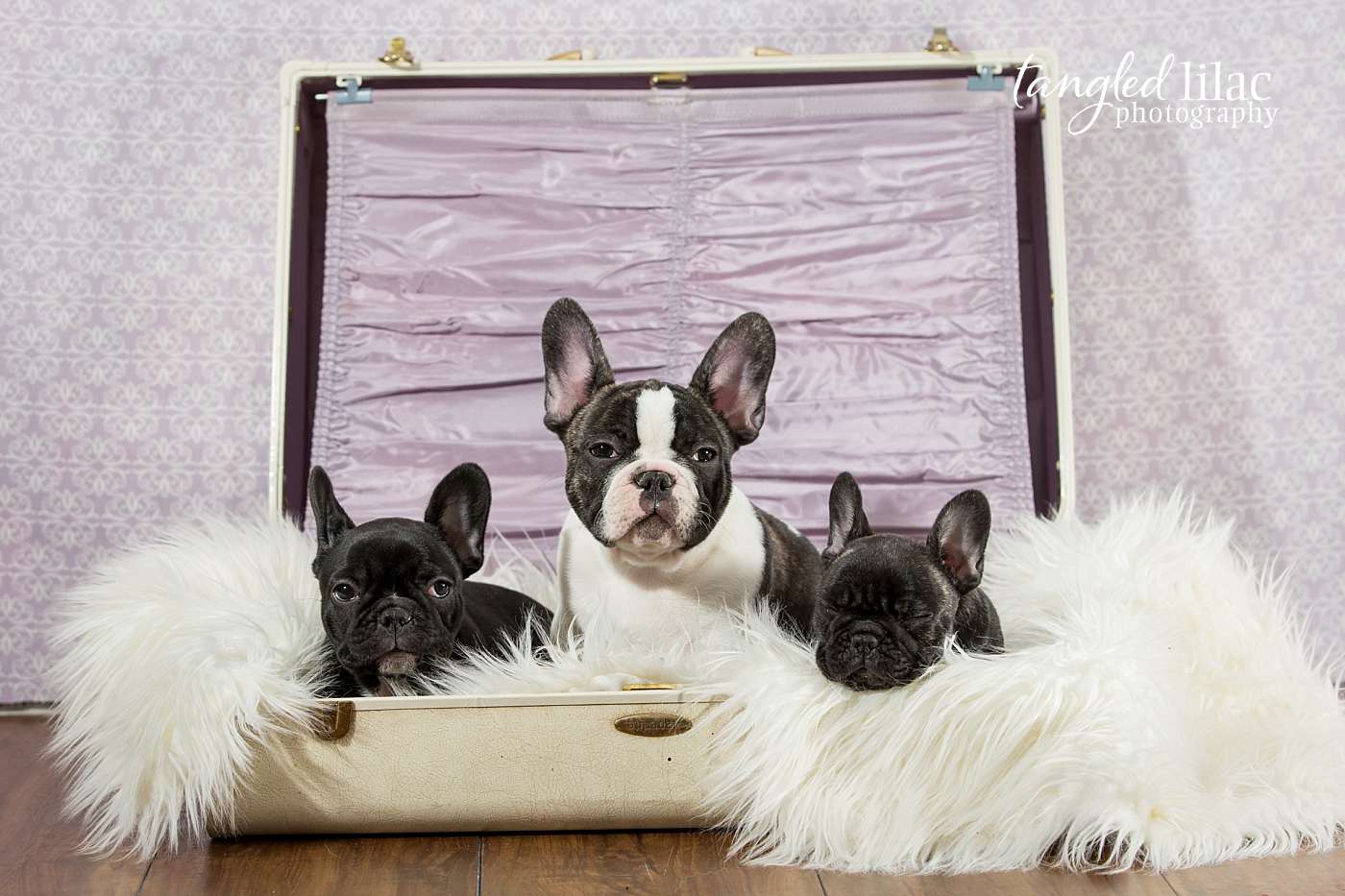 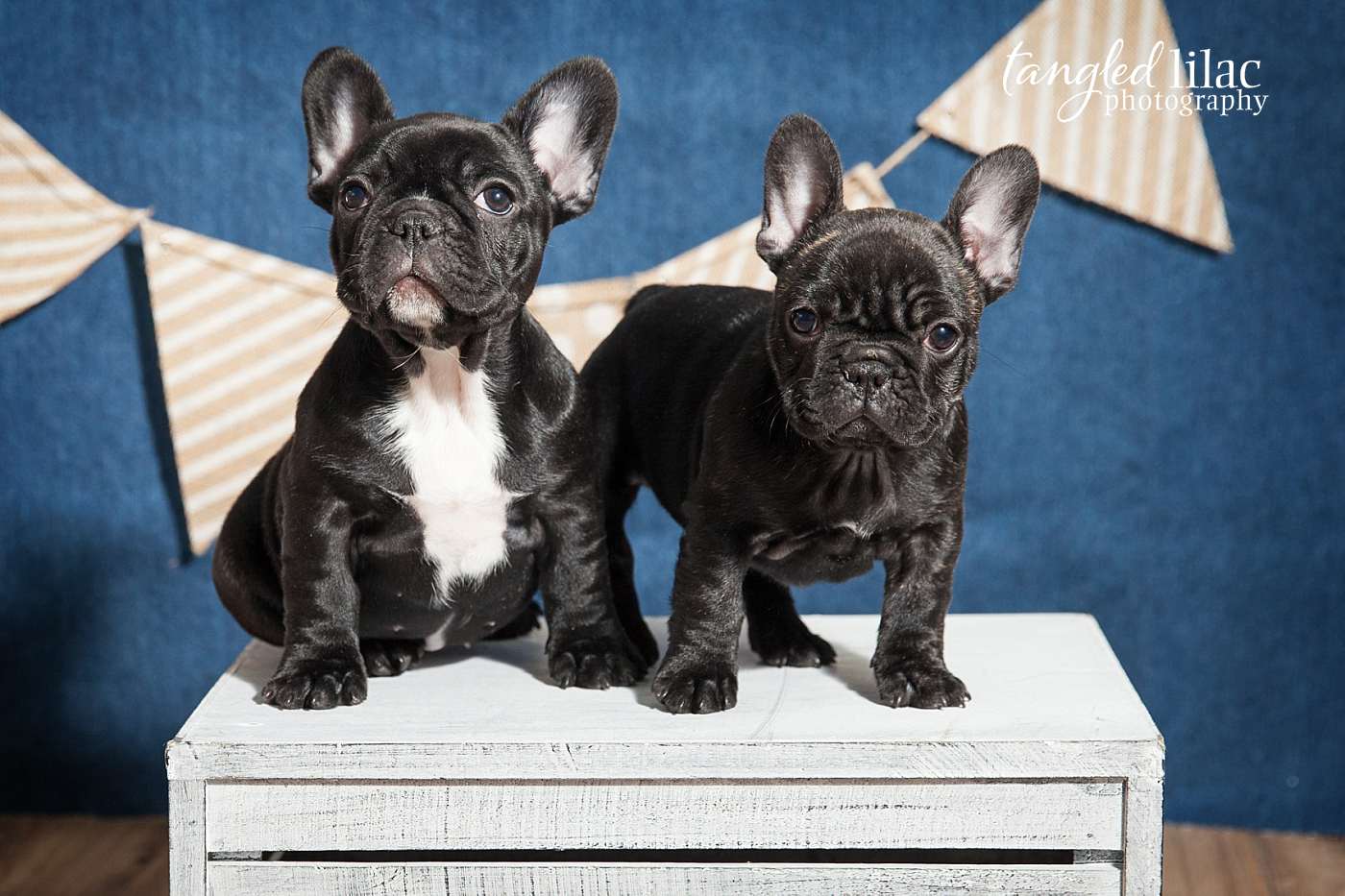 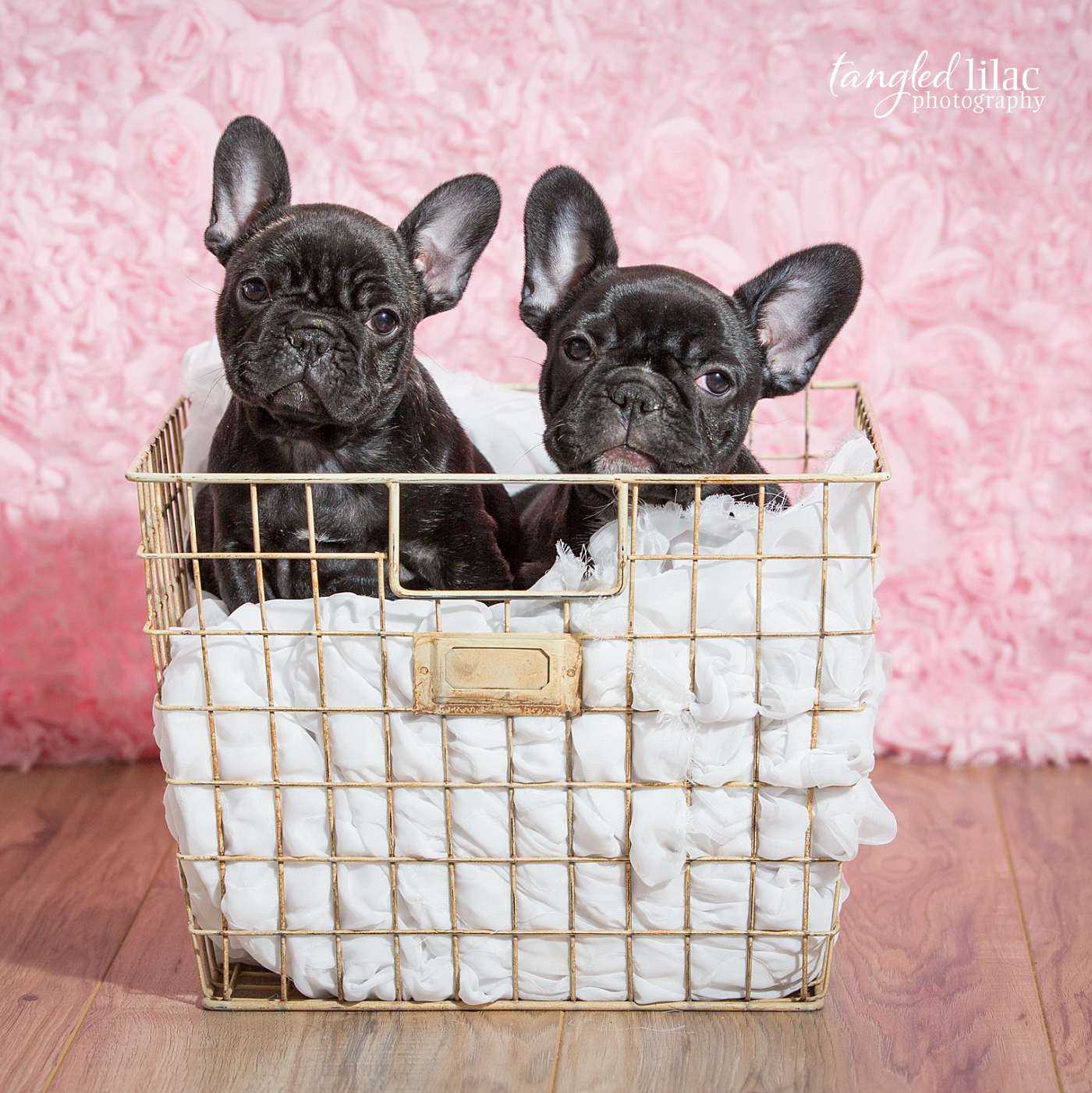 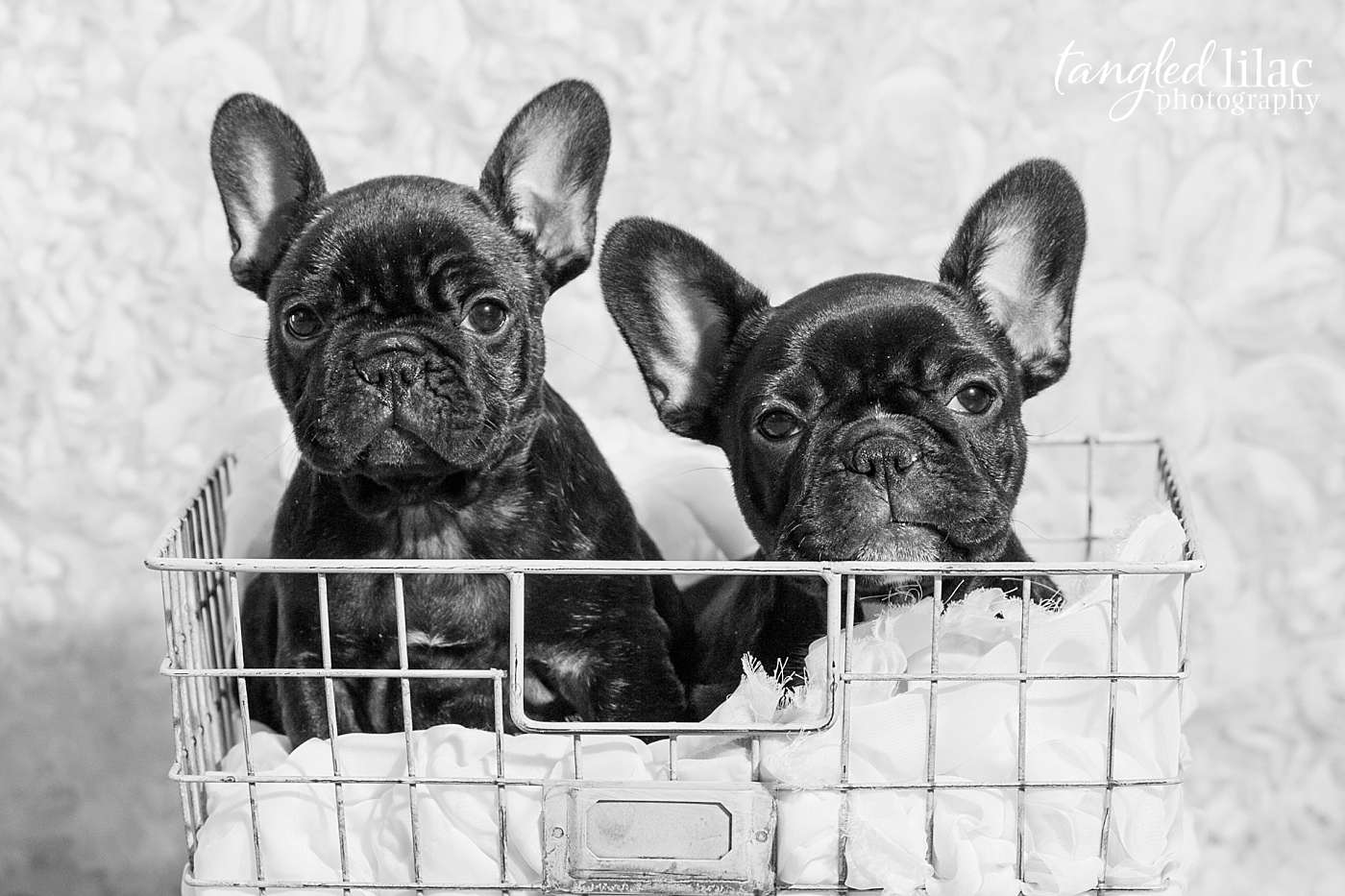 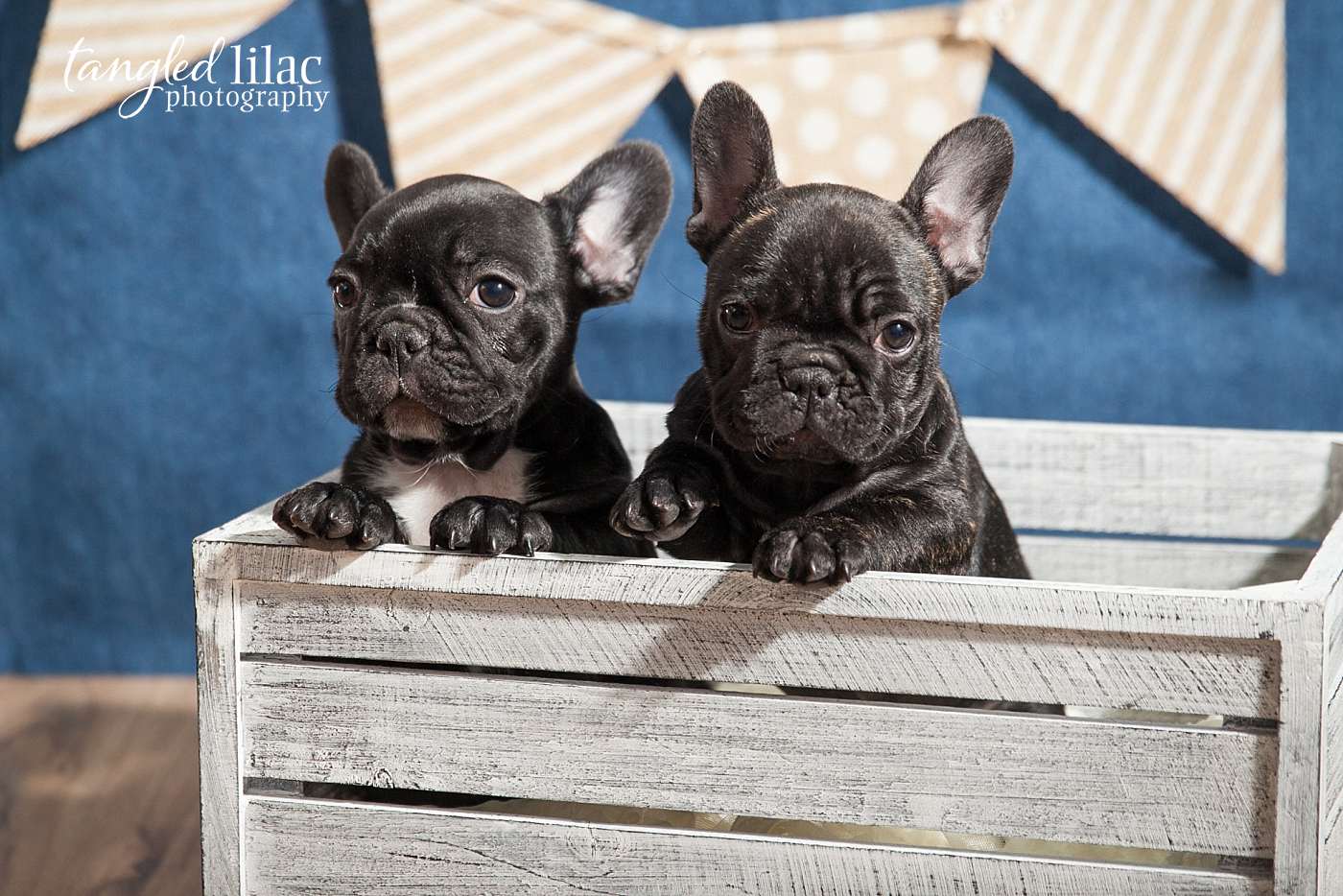 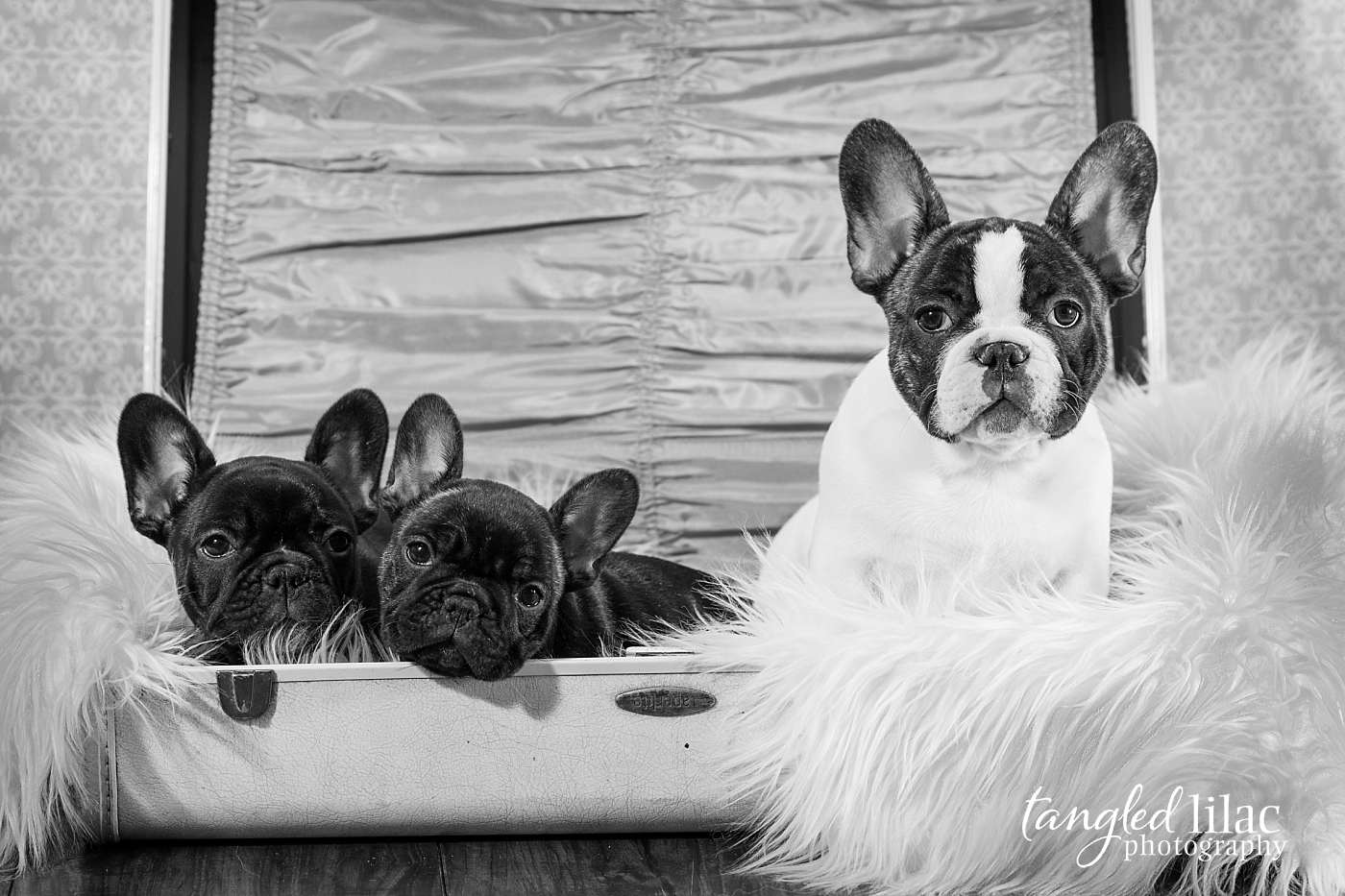 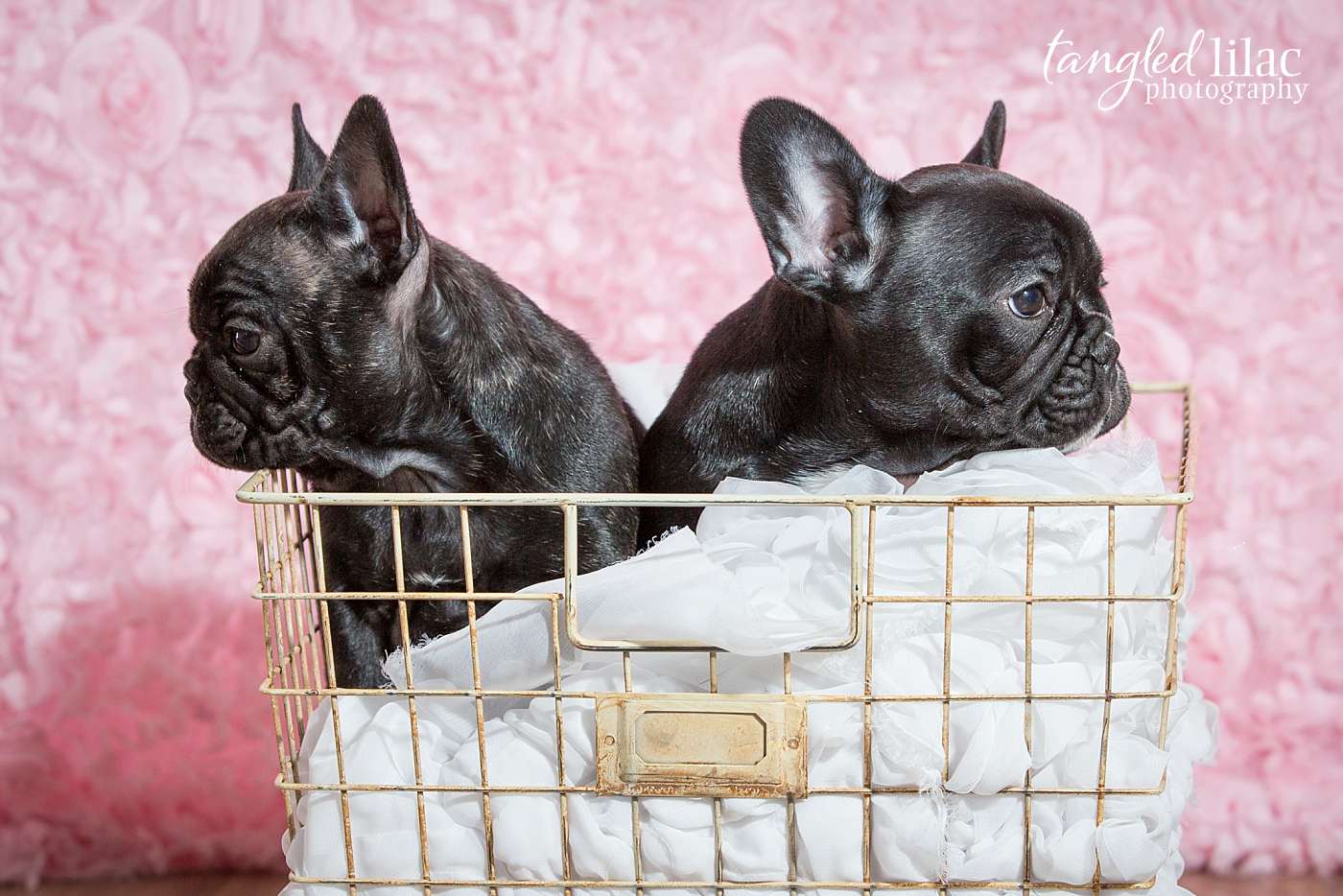 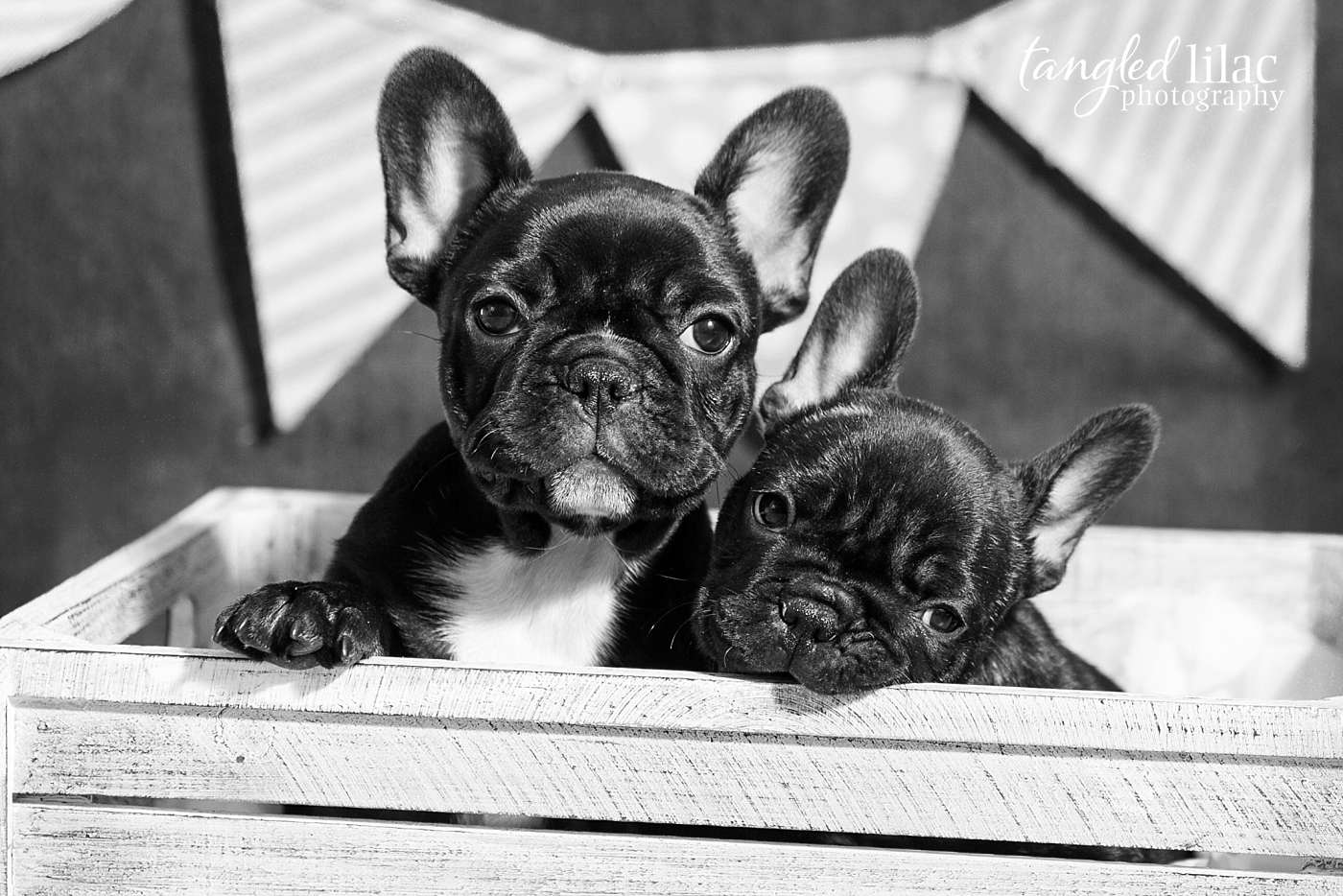 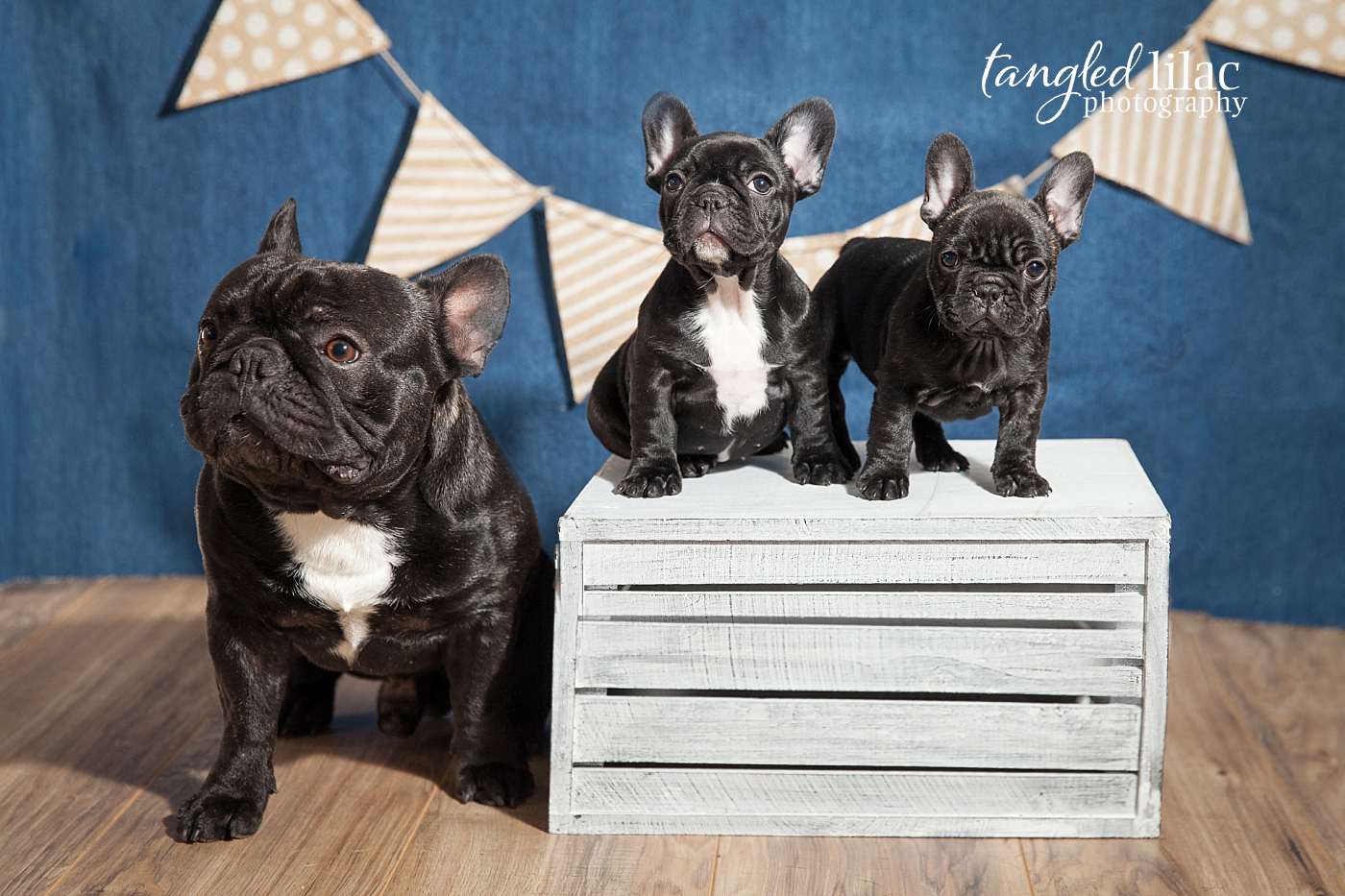 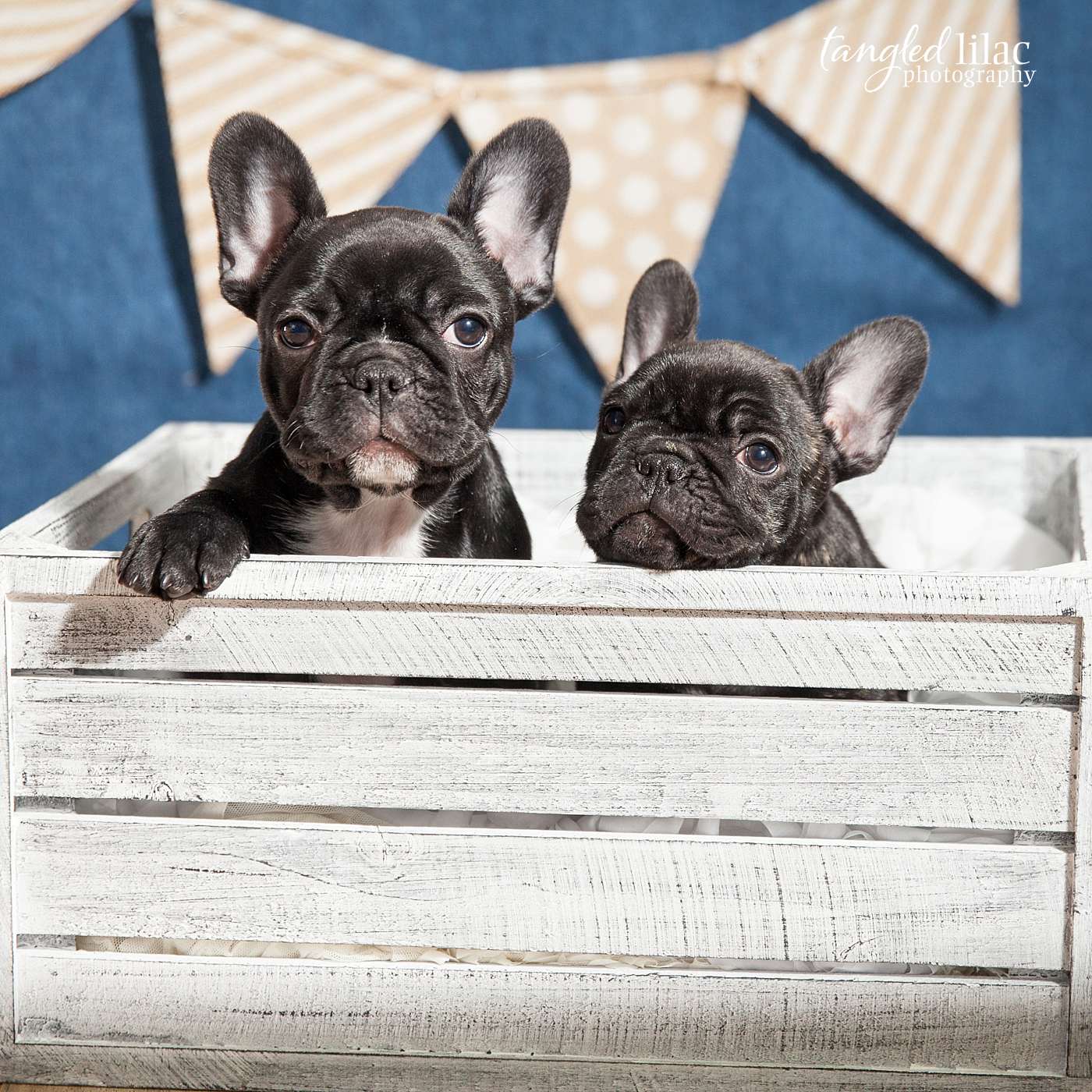 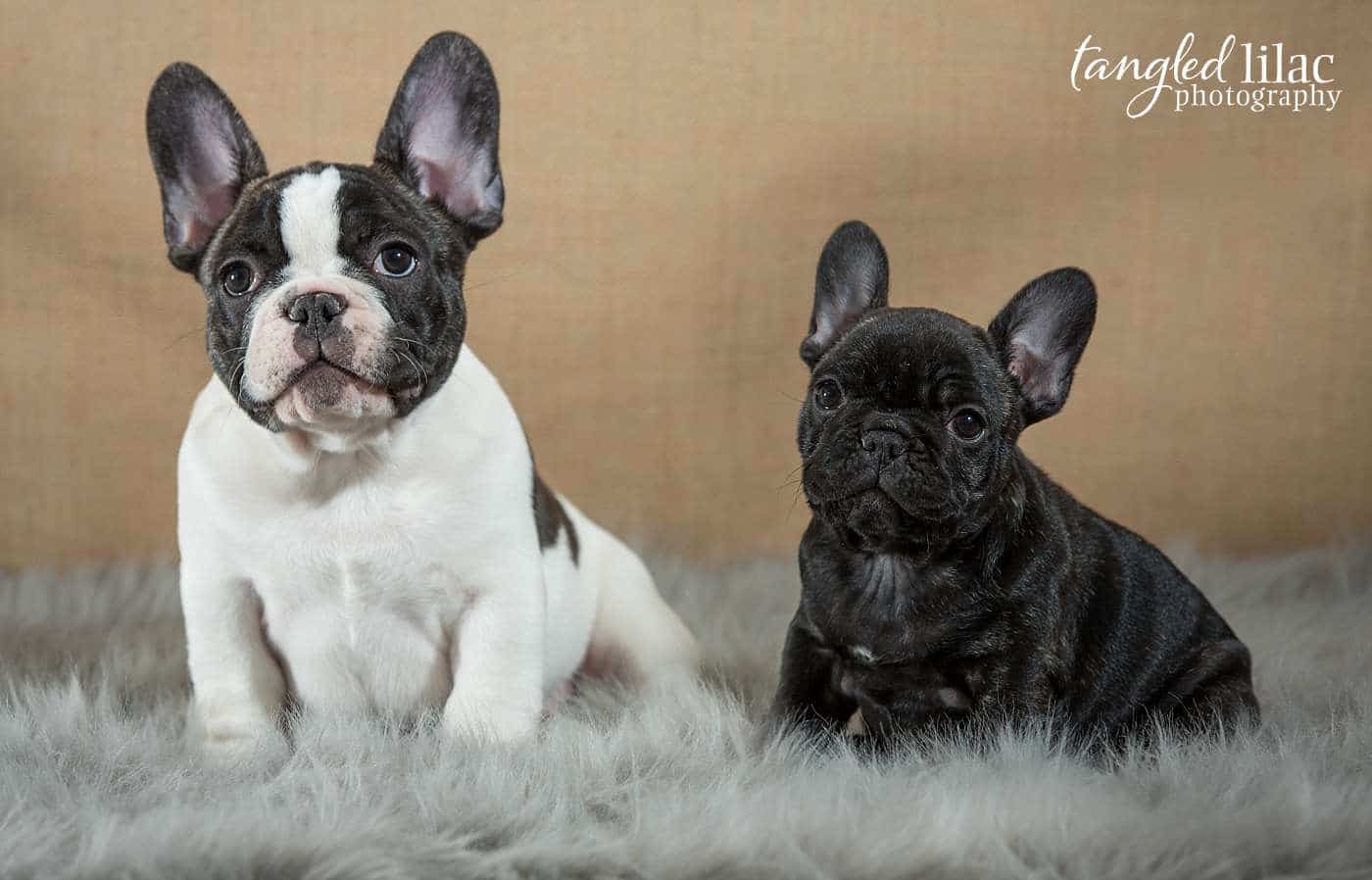 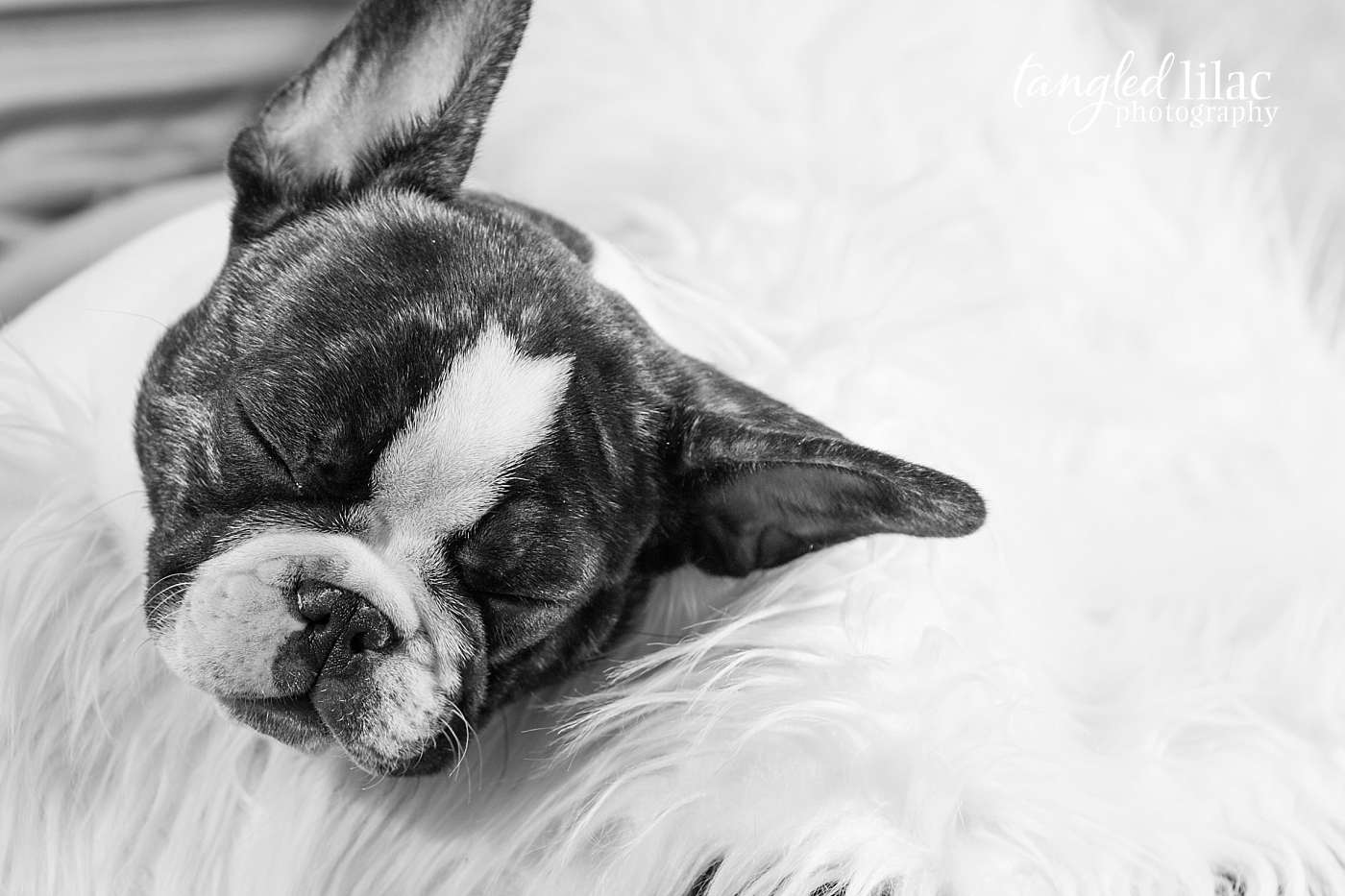 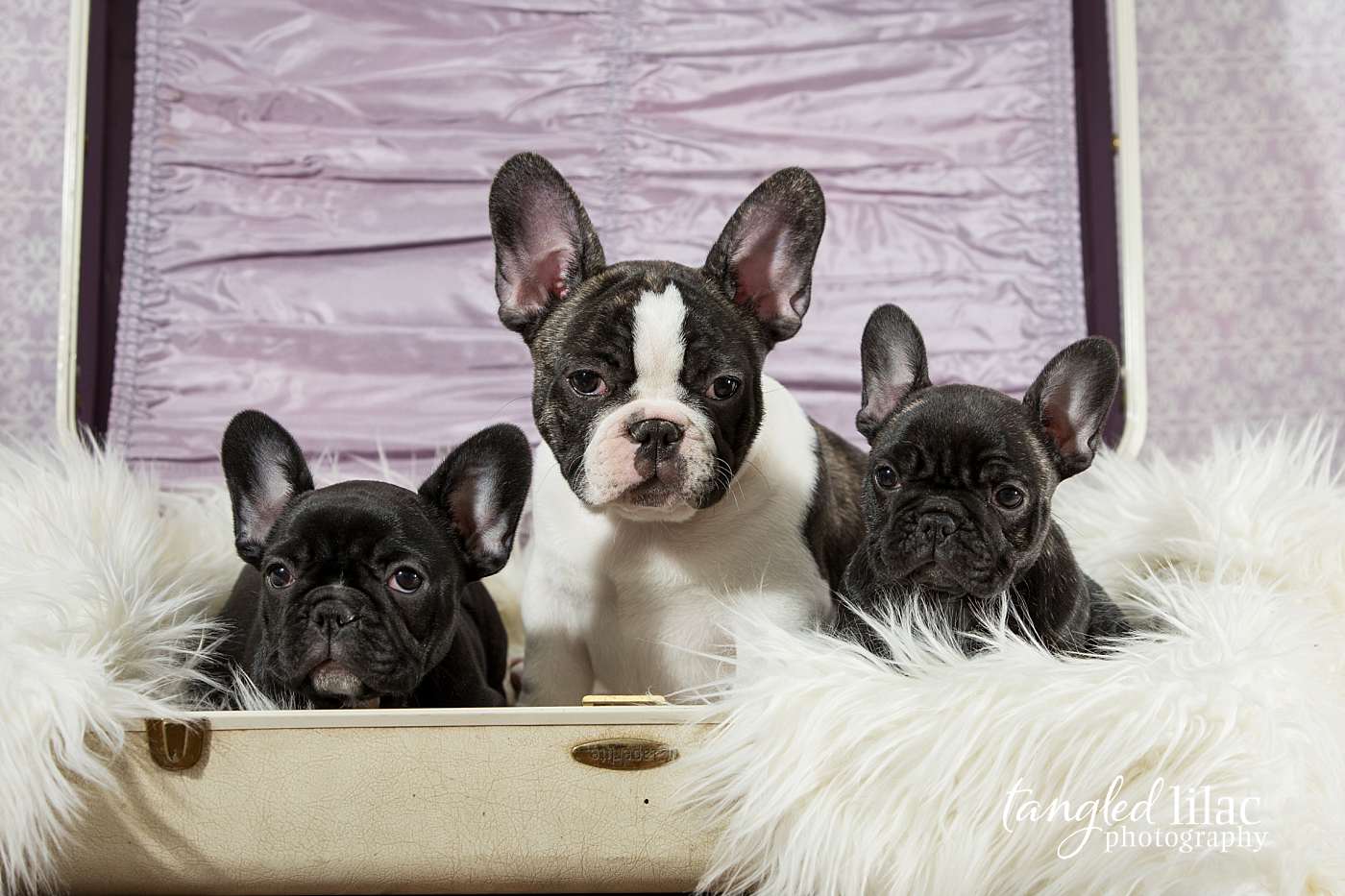 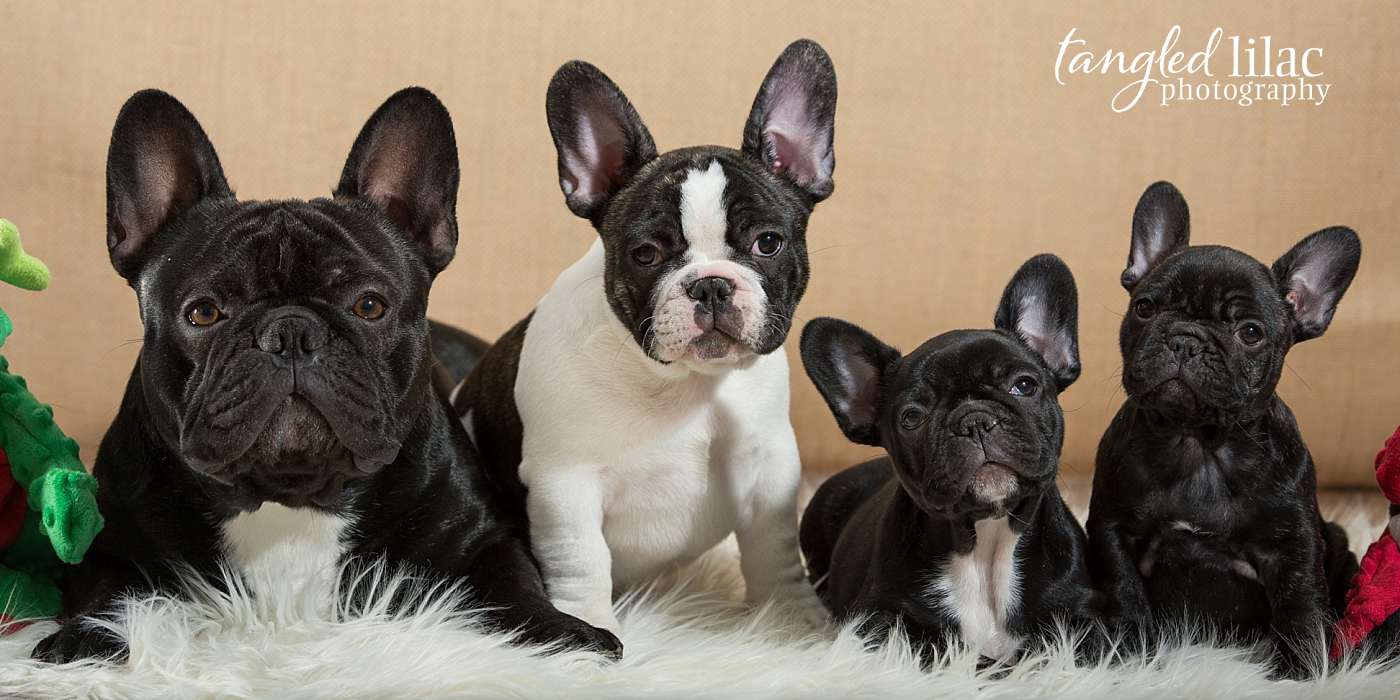 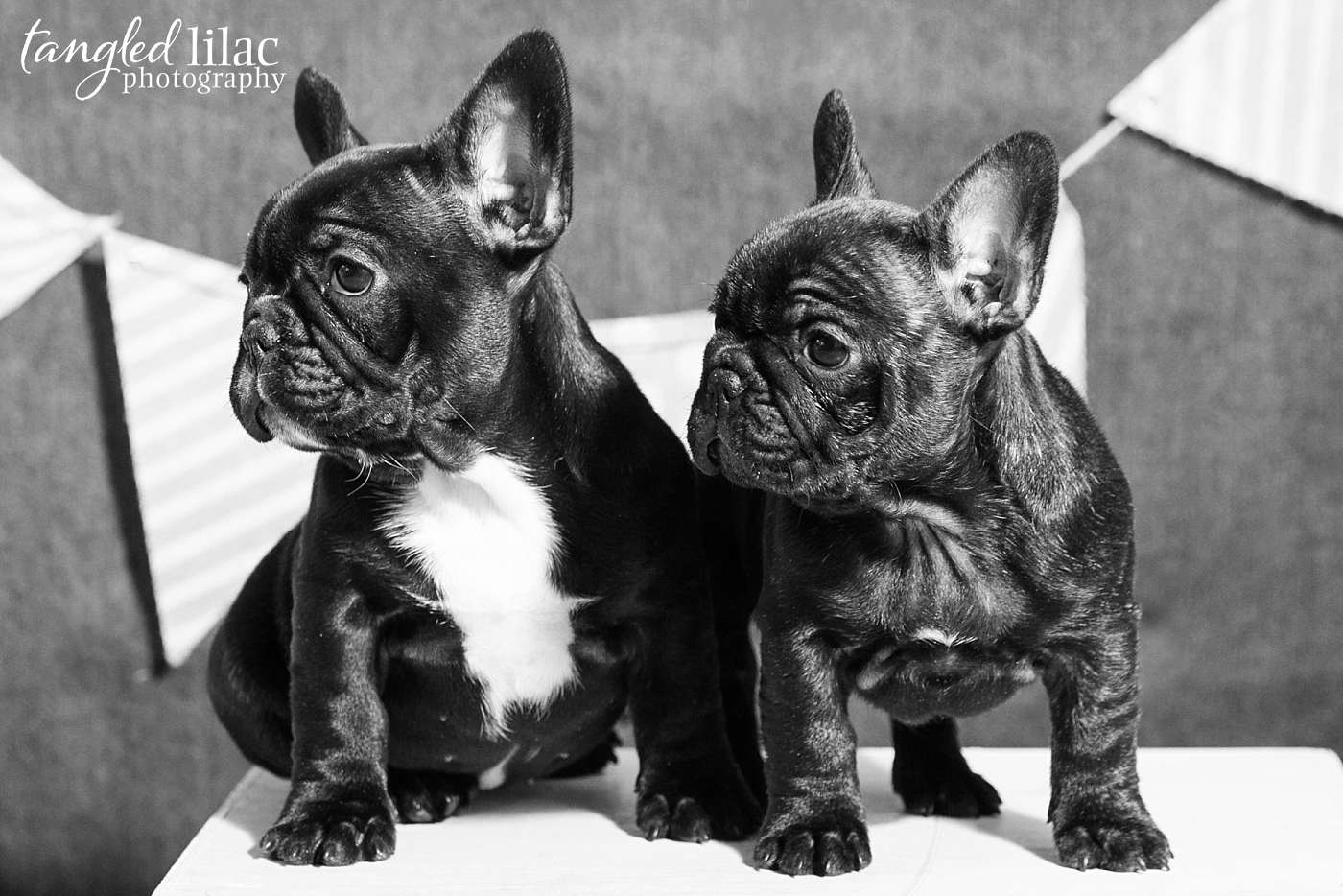 About the French Bulldog

The French Bulldog is a breed of domestic dog. They are the result of a cross between Toy Bulldogs imported from England and local ratters in Paris, France, in the 1800s.

The French Bulldog resembles a Bulldog in miniature, except for the large, erect “bat ears” that are the breed’s trademark feature. The head is large and square, with heavy wrinkles rolled above the extremely short nose. The body beneath the smooth, brilliant coat is compact and muscular.

The bright, affectionate Frenchie is a charmer. Dogs of few words, Frenchies don’t bark much—but their alertness makes them excellent watchdogs. They happily adapt to life with singles, couples, or families, and do not require a lot of outdoor exercise. They get on well with other animals and enjoy making new friends of the human variety. It is no wonder that city folk from Paris to Peoria swear by this vastly amusing and companionable breed.